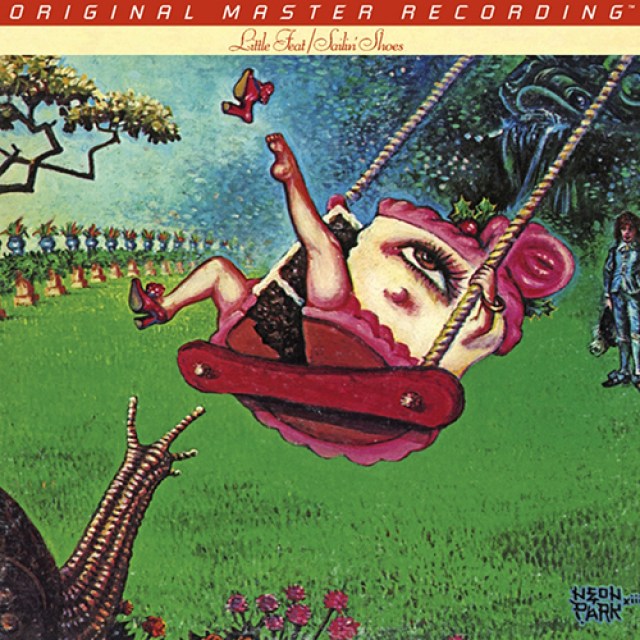 So much for the sophomore slump. Faced with the frustration that comes with making a critically acclaimed debut that failed to win over mainstream audiences, Little Feat responded by turning in Sailin' Shoes, a sterling studio effort that synthesizes all of the band's strengths.

Anchored by leader Lowell George's peerless songwriting, the 1972 effort plays like a jambalaya of American music styles. The equivalent to acknowledged period classics by The Band, Allman Brothers Band, Bob Dylan, and the Rolling Stones, Sailin' Shoes is at once familiar, clever, organic, wholesome, and humorous. "Let your memory drift/And do nothing at all," George instructs on the infectious opener "Easy to Slip." It's the best advice we could offer. Besides, the album's encouraging Southern comfort vibes make giving into temptation irresistible. Much of it has to do with the enticing sound, which has never been better.

Mastered from the original analog master tapes, Mobile Fidelity's numbered-edition 180-gram LP of Sailin' Shoes brings the music's vibrant colors, rich tones, round notes, and sky-bound harmonies to the forefront with unsurpassed intimacy and realism. Bill Payne's organ and accordion playing is soaked in soul; George's lived-in vocals resonate with true grit and barstool delight. And the songs come alive with that glowing, early 70s rock sound. Mixing swampy blues, New Orleans swing, Texas two-step, country-laced boogie, and pop melodies, tunes like the romping "Teenage Nervous Breakdown" and balladic "Got No Shadow" will put you in a state of bliss. Keep a bucket of cold ones nearby. You're going to need it.